This has been the third year of running this event.  I want to keep the same date, so people can plan this into their diarys..... its always the last Sunday in June.  This years event see a slight decline in anglers, which is fully understanable as the football is on and the match clashed with a couple of other events.  So hopefully next year we will get around 30 anglers.  Remember you can fish it as an Open match.  This is open to everyone.

I was really pleased to get some support from companies and individuals.  I never asked anyone, Marukyu and Guru just donanted.... also Jon Walker gave some of floats away and Graham Didcote gave a days fishing on the Wye.  This boosted sales on the raffle and evey ticket was sold.

Anyway, the fishing, i didnt fish.  I decided to sit with Jon Walker for a bit, after knocking Dereks Trolly into the canal, sorry.  Also done some live feeds via Facebook, which I never done before.

The canal fished quite well for most, especially in our heatwave.  Boats weren't too much of a problem, apart from one "Lewis Hamilton"...... why is there always one tw@t!!!!

Today's winner was Mike Marsden with 29lb of skimmers on peg F2.  Dave Wilson from peg F5 was second with 24lb.  Vince Grillo had 18lb on B1, the only end peg to get in the frame.  Also I done sections of 3 and the winner gets £30.  £25 pools on the day.  So the money is always well spread out, so people have something to fish for, even if they haven't drawn like "Martyn Howard" (end peg bung hole). 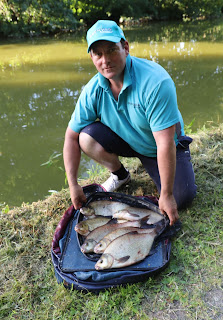 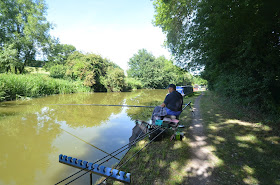 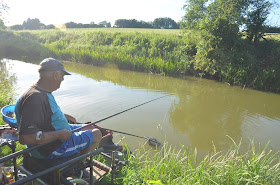 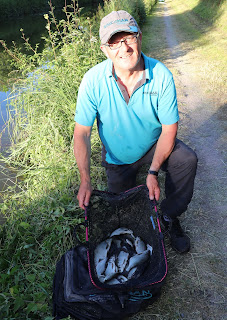 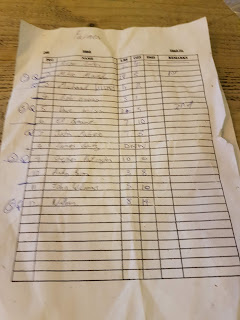 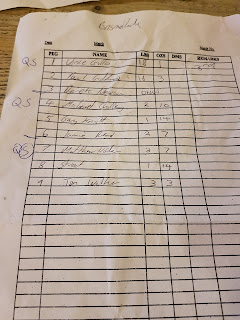 Thanks to Nigel Franks and Marlborough Angling Club.  We raised £600 today.